Most people don’t often attribute the word ‘adventure’ to Germany, even though the country sports a huge variety of rough terrain and relatively untapped wilderness locations, and as a result some of the more spectacular outdoor activities and trekking in Europe get overlooked (especially in favor of surrounding countries like Spain with the Pyrenees and Switzerland with the Alps).

One of the more renowned exploits in Germany has revolved around bicycling. With a huge web of well-maintained roads that branch out across the country, it is has been a favorite destination for cyclists for decades, doubly so because of its access to adjacent countries like Spain and France, which are also well-versed cyclist destinations. 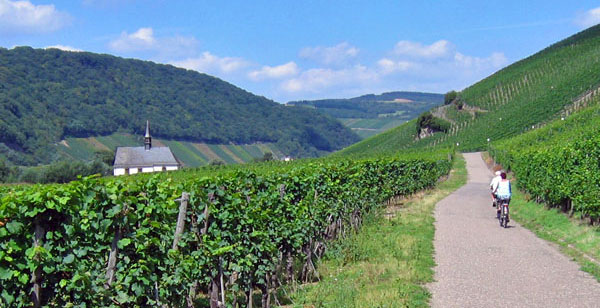 Heading north from the capital of Berlin makes for a splendid multi-day trip which winds through forests and lakes in the more rural areas. On this route cyclists often continue onto Rostock, and from there can catch a ferry to some of the Danish islands as they make their way toward Copenhagen.

Another popular route is to head south, taking in some of the castles and smaller townships, and is a good choice for those who want to sample some of the local German beers and breweries – just make sure you’re not biking and drinking at the same time.

Cycling requires a great deal of fitness, even for shorter excursions of a few days, but in terms of ease of traveling, it is by far the best way to see the landscape. Additionally, many cyclists find that German hospitality, especially outside of the main urban centers, is one of the more unexpected and memorable elements to their vacation. 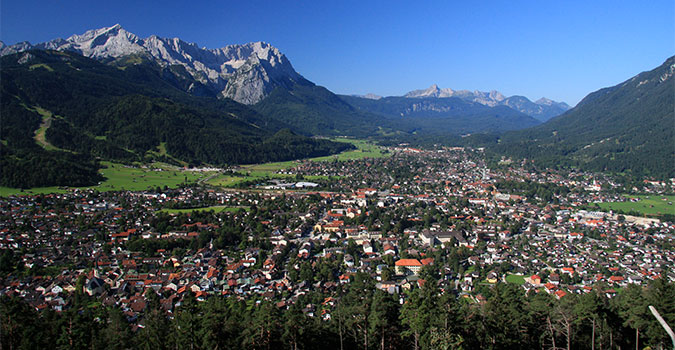 For those who don’t have wheels, a variety of moderate to intense treks circumnavigate the country, and also wend their way through some of the more impressive national parks. Garmisch-Partenkirchen is one of the biggest, with over 300 kilometers of marked trails, many of them strenuous to say the least.

However, the beauty of the Wetterstein Mountain Range on the way to Karwendel more than makes up for the sweat and sore muscles – for those willing to brave the high alpine routes, vast meadows full of wild flowers complement a diverse range of evergreen forest lines. It is best to take an ample supply of food and water, however many of the rivers that cross the paths tend to be glacial fed, and are some of the sweetest and cleanest in Europe.

There is also the possibility and option of camping, which should definitely be taken advantage of – especially in the summer months, temperatures can still drop, but there is nothing quite like having Germany’s night sky sliding across the roof of your tent. 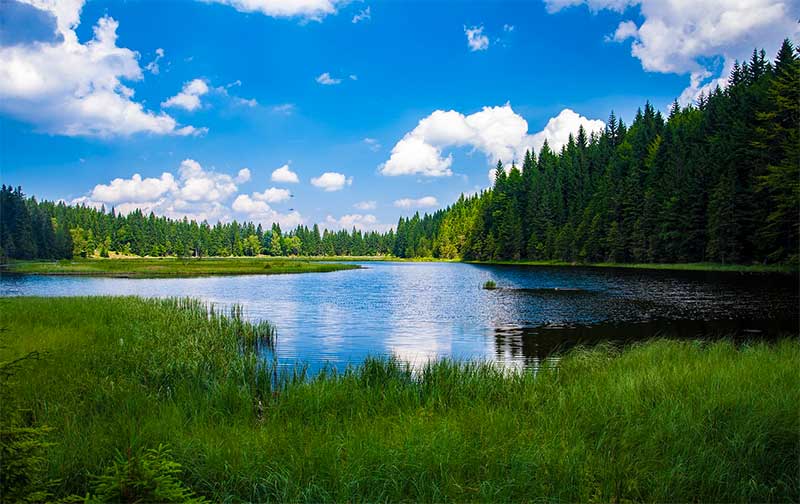 Another more recently opened trekking area is around Lake Tegernesse. Opened in 2007, the New Health Walking Park has 27 trails ranging in difficulty, from easy to expert.

But what makes Tegernesse stand out is both its access to several lake shore towns – many which offer accommodation with stunning natural views – and, reportedly, some of the cleanest air in Germany. On a clear day, it’s possible to gaze for hundreds of miles from the tops of some of the mountain ranges, many which are in excess of 800 to 1000 meters.

The Bavarian National Forest, the oldest park in Germany having operated continuously for more than 40 years, is undeniably a must. Surrounded by three separate mountain ranges, including the Rachel, Lucen, and Falkenstein, it is a central destination for weekenders wanting a taste of nature and international climbers and trekkers alike.

The gneiss formations and old wood forest contains a special sort of magic, and evokes images of Robin Hood – iconic nature that seems almost otherworldly and English. It is also one of the largest parks, and borders a number of other countries as well, including the Czech Republic. Although not recommended (officially) its proximity to other countries has also inspired especially ambitious hikers to make cross-country treks. 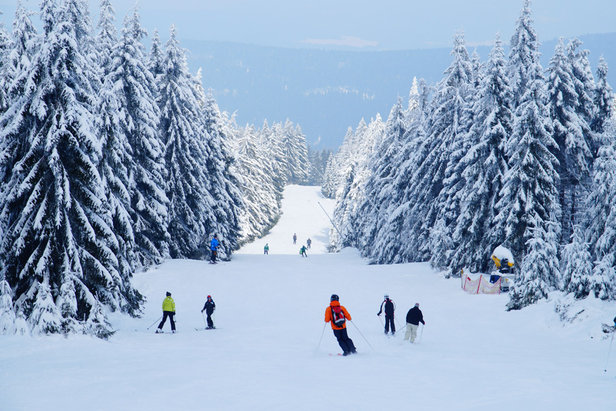 Of course, Germany isn’t just a summer destination – with a huge number of mountain ranges enclosed within its borders, it becomes a virtual winter paradise with the turning of the season. While a bit on the expensive side, they do boast some of the most esteemed ski resorts in the world.

Ochsenkopf in the Fitchelgebirge may not be the biggest in Germany or Europe, but it is one of the most versatile – with over 27 different runs, it caters to both beginners and experts alike, especially those who are eager for a little back-country alpine (at your own risk, of course).

The ski park also features a 100 meter ski jump and bobsled, and like many of the surrounding resorts, most of the runs are floodlit. This means that it is possible to go skiing at evening and night, and offers a very unique experience which is quite different in terms of atmosphere.

A smaller and more affordable ski resort, but one which still receives a lot of attention due to the find blend of powder and groomed runs, is the Alpsee-Grunten. There are only 25 kilometers of tracks in total, with the longest being 4.5 kilometers, but what it may make up for in quantity it compensates for in quality.

This includes, but is by no means limited, to tobogganing – unlike resorts in North America, Germany has always been ahead of the curve in terms of developing new and innovative ways to have fun on the slopes, and being able to take a sled down a steep perilous stretch of groomed snow is probably one of the most fun – and if that doesn’t get your adrenaline pumping, like Ochsenkopf the majority of runs are floodlit in the evening for night tobogganing.

Regardless of what type of adventure you’re after, from cycling to trekking to skiing, Germany has a well-respected and well-integrated infrastructure in place for outdoor adventuring.