Modern technology is not a prerequisite for successful navigation. The basic navigation skills are enough and essential to any survivalist or outdoorsman and especially people into sailing.

Pinpointing true north is amongst the basic essential skills required by sailors, outdoorsmen, and survivalists. This skill is challenging in that a compass denotes magnetic north instead of true north, that is, the redpoint directs towards magnetic north. Magnetic north and the true north are close, but successful navigation could be hindered by this distance. The ability to adjust a compass’ declination is needed in order to overcome this challenge.

What Is Magnetic Declination?

The angle difference between magnetic north and true north is known as magnetic declination. This angle varies depending on the position of the compass holder on earth. The declination will be different for different parts of the world as the magnetic field of the earth is not uniform.

The variation may be caused by numerous factors including the metal in earth’s core, an area’s unique geographic features, and a person’s position relative to magnetic north.

Magnetic north is where a compass points to when checking a reading while the true north is the actual north pole of the earth. The earth’s core elements and magnetic fields are the sources of a magnetic north.

How Does Magnetic North Work?

Lacking the presence of magnetic interference nearby, a compass should always point north, that is, towards the magnetic north. A thought experiment would enable an easier understanding of this. If the earth were a gigantic magnet and a compass a tiny magnet, both would follow the laws of magnetism. The south pole of the compass would be attracted to the North Pole of the earth and vice versa. In actual compasses, the pole that points towards the magnetic pole is red and maintains a positive charge (South Pole).

The Nature of Magnetic North

Unlike the true north, magnetic north moves by several degrees overtime, east or west of true north. A considerable amount of movement is due to the flowing molten fluids of iron, cobalt, nickel, and other metals deep within our planet. Secular variation is the name given to these changes in earth’s magnetic field.

The position of the magnetic north may also change due to geographical features like mountains or ledges. Lava beds, certain ore deposits, and faults can also shift magnetic north.

Is It important To Adjust For Declination?

Not making an allowance for magnetic declination can put someone off their course slightly, according to the United States Search and Rescue website where different scenarios are illustrated. A large declination may result in a much longer hike while a small declination may barely make a difference.

It is therefore important to have the latest declination information, often found on printed topographical maps in the lower corner. This information might require regular updating.

Assessing the position of true north is possible by applying various methods using a compass and a map.

How To Set Declination On A Silva Compass

Compass Not Adjusted for Declination

The following rules of thumb apply: 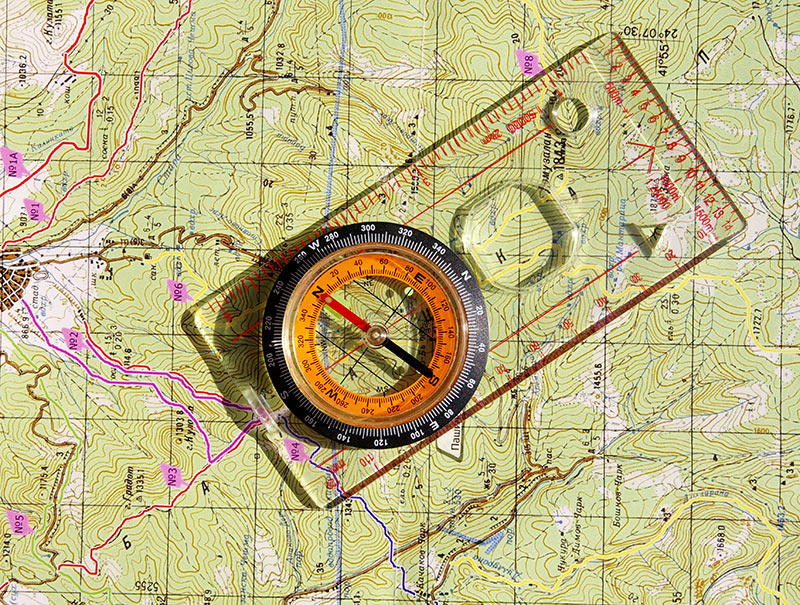 The following methods can come in handy when assessing the direction of your destination.

Redo the steps after every encounter with a landmark till you arrive at your destination.

With the tips above you can deal effectively with getting lost and adjusting for declination. They will be essential in navigating unfamiliar locations when paired with adequate information like local declination from local authorities.