There are some activities that, for one reason or another, create intense debate between its supporters and detractors.

Skateboarding, in particular, is one activity that inspires such debate.

So, how is it that both proponents and opponents of skateboarding have some crossover agreement on this one debatable thing?

First let’s talk about what skateboarding actually is and why it’s earned so many vocal critics. 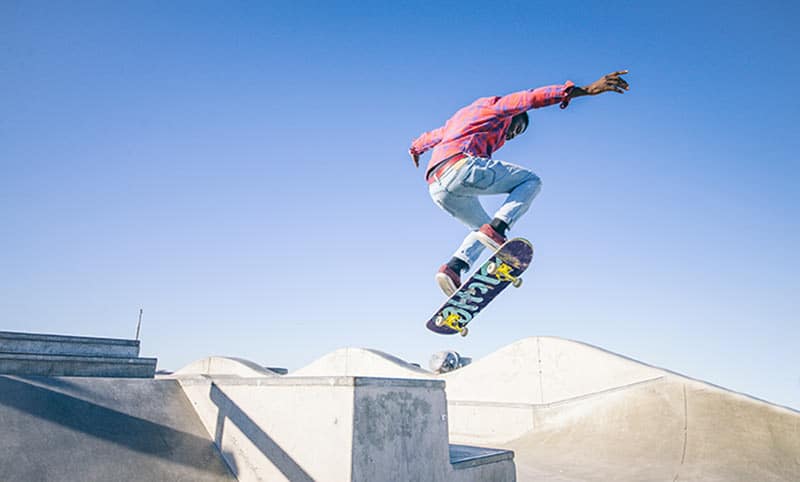 Skateboarding is the act of riding a board on wheels. Simple as that.

In different forms, skateboards act as means of transportation, tools for recreation, and modes of expression.

They also act as sports equipment, but we’ll get to that in a minute.

Skateboarding is also a lifestyle.

While skateboards have many different uses – some as mundane as getting to work or school in the morning – skateboarding is more than just what a skateboard can do.

For many dedicated skaters, skating is its own culture, a community, based in freedom and originality, which is why some skateboarders dismiss the idea of skating as a sport.

Why do people hate skateboarders?

While “hate” is a strong word, there is enough opposition to skateboarding to make “Why do people hate skaters?” a fair enough question.

These opponents of skateboarding are not without specific complaints.

Instead, they have a host of reasons why skateboarding is bad (in their opinions), some of which are reasonably legitimate when they’re true.

Some reasons skateboarding opponents often cite in their arguments against skating include:

Complaint 1: Skateboarding poses a risk to pedestrians and vehicles.

When skaters skate in pedestrian spaces, they are typically moving faster than people on foot, which increases the potential for collision and pedestrians’ potential for injury.

When skaters are on streets, they can prove a hazard for drivers or damage cars.

Due to this, they are not really welcome on either roads or sidewalks or in public squares.

Anyone who’s ever had a skater riding down the steps or rolling down the street outside their house for hours on end (or at 3 in the morning) knows that skate wheels on pavement or concrete are LOUD.

Skaters grinding on rails, hopping curbs, and landing tricks are even louder.

So, the act of skating itself can be a noise nuisance. 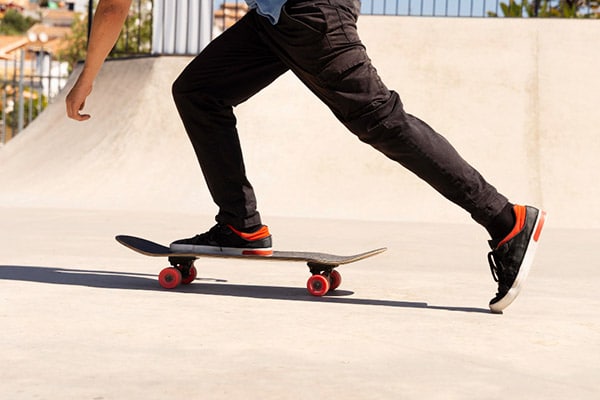 Many skateboarding tricks use specific features, such as rails and curbs, that are easily found in public spaces.

When there are no public skate parks (and sometimes even when there are), skaters might use handrails, street curbs, and other fixtures found on streets, in public stairways, and in office parks to perform their tricks.

But these tricks cause damage.

They rub off paint, puts scratches in metal, and wear down curbs more quickly.

This means skateboarding can cost individuals, companies, and municipalities (that means taxpayers!) more money, which is never the way to get into someone’s good graces.

Skateboarding Is Seen As Rebellious

While, as seen above, there are some legitimate complaints about skaters and skateboarding, there is also a prominent, but less legitimate reason skateboarding often gets a bad rap.

When skateboarding first came into popularity, it was largely associated with the counter-culture movement.

To some extent, it still is.

The notion of skateboarders as outcasts and rebels makes many opponents of skating (including those with authoritative power) uneasy.

But plenty of skaters also try to adhere to this original concept of skating as a fringe activity.

These two groups are both likely to argue against skateboarding as a sport, but for different reasons.

Skateboarding Is A Crime Not An Olympic Sport

The combination of legitimate concerns about skateboarding and preconceived notions about skaters has led to this type of extreme proclamation (and plenty of merch).

Skateboarding is a menace, opponents argue, not a sport.

Is skateboarding an Olympic sport?

Skate boarding made its Olympic debut in 2021 (because pandemics really mess things up) for the 2020 Summer Olympics in Tokyo. 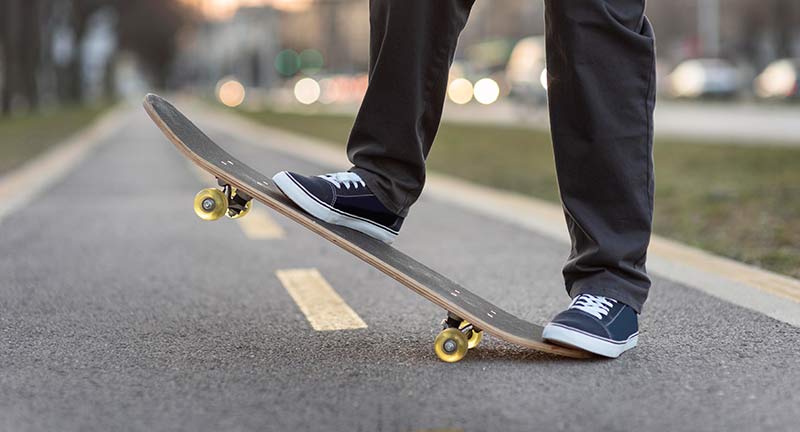 While skaters have long endeavored to get out from under public scrutiny and what they view as unfair laws (“Skateboarding Is Not a Crime” has been an unofficial slogan of the skating community for more than thirty years), not all of them are ready to concede to the mainstream.

Skating isn’t a sport, they argue, because it doesn’t have the same rules and officials other sports have.

There are no set guidelines and no referees.

Instead, skateboarding is about creativity and self-expression.

It’s more a form of freestyle art than a sport.

Which is a pretty decent argument.

But, of course, it’s also not entirely accurate.

In competition form, skateboarding does, in fact, have rules.

There are time limits. And judges.

Basically, when moved from local skate parks to competitive venues, skateboarding does have all the main hallmarks of organized sport.

So, Is Skateboarding a Sport?

Yes, skateboarding is absolutely a sport.

The most basic definition of a sport is an activity that requires a level of physical skill that one engages in for fun or exercise.

While the idea of competition enters into some definitions of sport, an activity doesn’t have to be competitive to be a sport.

Bowling is a sport whether you play in a league or do it on your own.

There is also the notion of self-competition.

You don’t need to have an opponent to compete.

If you constantly strive to improve at something, as skaters typically do, you are competing against yourself.

So, even if opponents of skating don’t like skateboarding being legitimized as a sport and some skaters don’t like the term “sport” and all that it implies, skateboarding definitely meets the requirements of a sport.

Just getting started with skateboarding? Check out our beginners’ guide – Skateboarding for Beginners.