Each year, thousands of people crowd to the world’s tallest peaks to take on the challenge of scaling the summits.

Whether you’re an expert mountaineer or a beginner adventurer, a successful climb takes skill, endurance, and a good deal of budgeting.

Before you set out on your journey to conquer the next peak, learn about the most expensive mountains to climb.

Mt. Everest is notoriously expensive to hike, but you might be surprised to learn that it’s lost the #1 spot in recent years.

You don’t have to be wealthy to enjoy mountain climbing, but you do need to invest in proper gear, permits, travel guides, and airfare.

Find out which of the world’s tallest climbing mountains come with the biggest price tag.

The most expensive summit in the world is Mt. Sidley, one of the world’s seven tallest volcanoes. The peak is close to the Earth’s Southern pole in Antarctica, an extremely challenging hiking climate.

Ever since the first climber explored Sidney in 1990, fewer than ten teams have reached the top.

For an expedition to the top of Mt. Sidley, you’ll need to budget for around 15 days of traveling in severe freezing conditions. Ice and snow on the mountain can pile up to heights of ten feet.

The cost of this trip can vary based on what package you choose. A conservative budget that covers the basics will land you around $59,000.

Luxury packages can go much higher, as you consider hiring a guide, insurance, flights, and what kind of gear you want to bring on the trip.

Famously the tallest mountain on the planet, Mt. Everest is one of the most dangerous and challenging peaks.

That hasn’t stopped thousands of people from making the journey since 1953, and today, hiking support is a thriving industry in the surrounding areas of Nepal and Tibet.

A trip to the top of the summit typically takes around 60 days, and you’ll need to hire a sherpa for your journey to get the best and safest experience. Gear, including supplemental oxygen and base camp materials, eats up plenty of the cost.

The actual amount you pay depends on several factors, like whether you’d like to climb from the Tibet or Nepal side of the peak or if you’re hiring a Western or native sherpa.

Back to Antarctica’s freezing climate, the third most expensive mountain on our list is Mt. Vinson.

Antarctica’s tallest peak is part of the Ellsworth mountains, with a three-mile summit elevation that will take around 16 days to conquer.

Just like a trip to Mt. Sidley, hopeful travelers to Mt. Vinson will have to invest in gear and clothing that matches the bitter cold temperature and freezing winds of Antarctica.

During the summer season, this area of the world gets sunlight for 24 hours a day, so don’t forget your sunscreen!

You’ll need to pay for a mountain guide, insurance, and flights to and from the base camp.

You can expect to pay around $40,000 to climb Mt. Vinson, but this varies based on weather delays and which guided trip you choose.

If hiking to the summit isn’t challenging enough, check out this expensive summit that you’ll have to rock climb to get to the top. Puncak Jaya, also called Carstensz Pyramid, isn’t a feat for beginners. 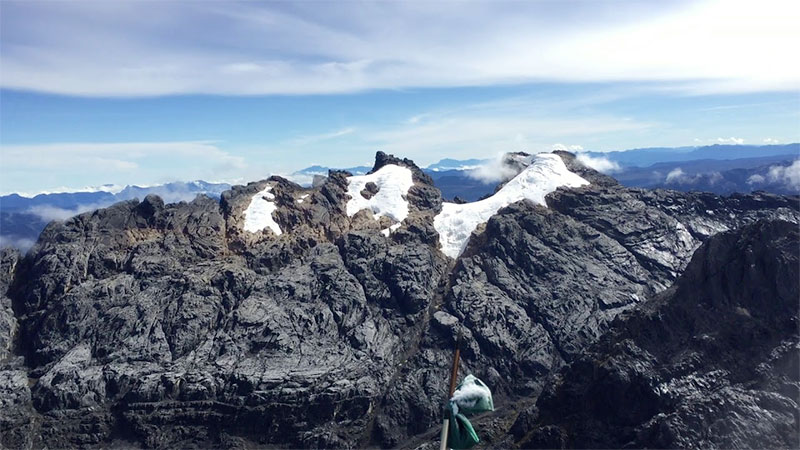 Much of the cost of scaling this tall peak goes toward the right climbing gear for the job.

Reaching the three-mile mountain can be an uncertain task as you hike through a deep jungle that several uncontacted tribes call home.

In recent years, hikers have been captured for ransom and even killed in these unpredictable encounters. You may want to take a helicopter ride from West Papua to the peak’s base.

Depending on how you travel, an expedition to Puncak Jaya can take one to three weeks. You’ll pay for a local or Western guide, with the latter being much more expensive.

Buying the proper safety gear to avoid deadly falls, as well as accommodations and flights to Bali, will average around $27,000.

However, you can save half the price of climbing the world’s tallest peak by exploring this mountain instead. Many Everest hopefuls use Mt. Cho-Oyu as a stepping stone to their final goal.

Mt. Cho-Oyu is less dangerous than Everest, considered by locals to be an accessible climb with far fewer complications.

Of course, you’ll still need to budget for the right gear for the climate and be ready for a strenuous hike that lasts up to five weeks.

Depending on your budget, you should hire a Western guide or a local sherpa for your Cho-Oyu climb.

All expenses, including airfare, insurance, and rugged winter clothing, round out to $24,000 for the average climber.

It’s easy to be shocked by the high price tag on some of the most expensive mountains to climb. Some of the climbs we reviewed cost upwards of $50,000.

However, judging by the sheer difficulty of these journeys, it’s money well spent.

Getting to the top of a summit takes an excellent travel guide, hardy gear, permits and insurance, and air travel to these exotic and beautiful environments.

By saving up as you would for a relaxing vacation, you can cover the cost of climbing the world’s priciest peaks.

Of course, the payoff is priceless. Standing on one of the highest points on the planet, surrounded by crystal blue sky and breathtaking landscape, is a scene you won’t quickly forget.

It’s not hard to see why so many people climb the most expensive mountains.