If you’ve been hanging out with other water sports enthusiasts, then you’ve probably noticed that people use the words “oar” and “paddle” interchangeably.

But are a paddle and an oar the same thing? Or are they different from one another?

The truth is that they are not the same and have some distinct differences.

The quick answer is that you attach oars to your boat for rowing, and you don’t attach paddles.

Below we’ll take a closer look at how oars and paddles differ from each other.

What Oars and Paddles Have In Common

Despite being two different things, paddles and oars do have some things in common.

Both are used to help navigate small, narrow watercraft through a body of water.

They also have a similar shape and design, which is likely why people use the terms interchangeably.

But that’s where the similarities end.

How Oars and Paddles Differ

The key basic difference between these two is that oars are attached to the boat for rowing, while paddles are not attached and they are used to paddle.

But there are other differences as well. 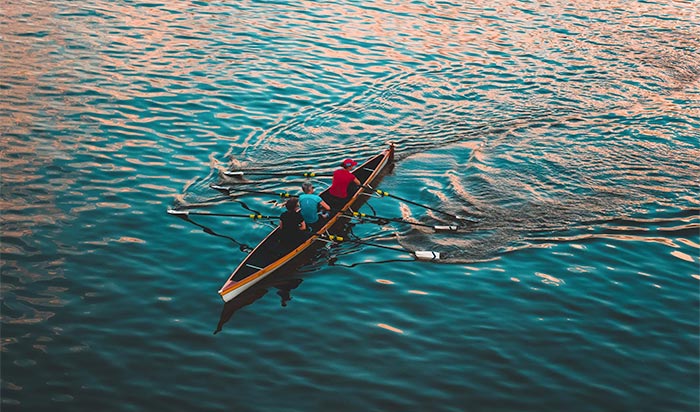 When using oars, you are propelling the watercraft in the opposite direction from which you’re facing. That’s just how it works when you’re rowing.

And oars are only used for rowing.

Oars are mounted to the boat, which means that they are in a fixed location for the duration of their use.

This man-powered propulsion gives you a stroke more powerful than when paddling, which is why you see oars on on larger vessels.

What type of boat uses oars?

When using paddles, you are moving the watercraft in the same direction that you are facing. This is true whether you are sitting in a kayak or standing on a SUP.

You typically use paddles with both hands, with the exception being stand up paddle board usage.

Unlike oars, paddles can be single bladed or double bladed.

Paddle tend to be more lightweight than oars, which mean you typically get in more use before you tire.

Paddles are never mounted on the watercraft, which means you either have to hold them to store them on the vessel.

What type of boat or watercraft uses paddles?

Rowing vs Paddling: The Differences

As you can see above, there are distinct differences between rowing and paddling.

Overall, rowing seems to fatigue you quicker than paddling. That’s mostly due to the paddles weighing less than the oars. 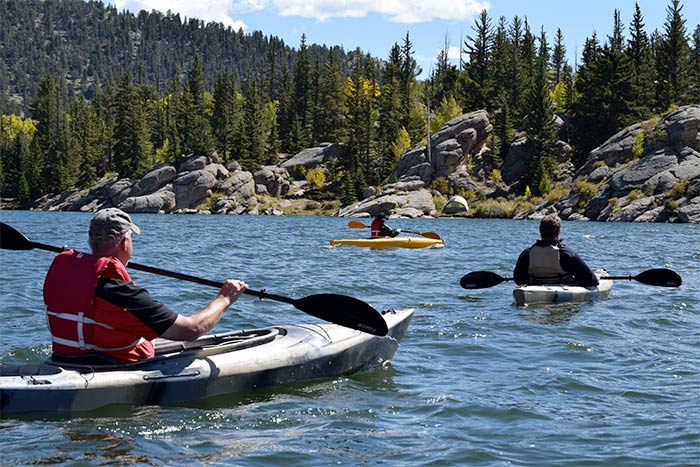 FAQS About Oars and Paddles

Here’s the answers to some common questions about oars and paddles.

Is rowing faster than kayaking?

Yes, due to the design of the rowing shell, rowing is usually faster than kayaking.

Can you row in a kayak?

No, not really. You can’t attach oars to a kayak and you won’t want to face backwards in the stationary seat to try to row in it.

Do you row or paddle a canoe?

You paddle a canoe because the seats are stationary.

Do you row or paddle a kayak?

You paddle a kayak because the seats are stationary.

As you can see, even though these two things are often referred to as the same thing, they are actually quite different.

You can’t substitute one of the other and they are used in different types of watercraft.

So, before you next hit the water, determine if it’s an oar or a paddle that you need to propel your vessel through the water.