When it comes to adventure, Canada is one of the premiere destinations for outdoor enthusiasts, whether it be whitewater kayaking, epic canoe trips, alpine skiing, or extensive trekking into untapped wilderness. But while Canada is huge, most of these activities are centralized either in the west or east, and the most popular cities that cater to these activities tend to fall into those two geographic regions. 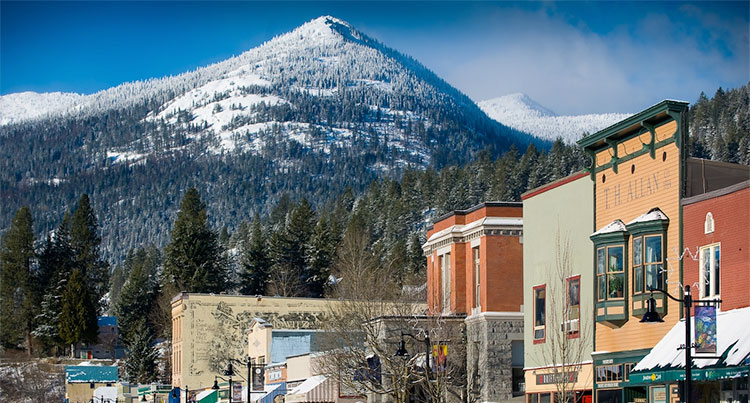 Nelson, British Columbia – this small community of less than 10,000 has gradually been attracting more and more thrill-seekers, especially in terms of hikers and back-country skiers. The local ski-hill Whitewater has been nationally famous for quite some time because of its unique micro-climate which proffers some of the highest quality powder snow. The surrounding slopes are also famous destinations for alpine skiers and heli-skiing. What makes Whitewater stand out though, is its five star quality restaurant – in fact, many residents of Nelson actually make the hour drive to the resort simply to have lunch.

On top of that, Nelson is bordered by a number of vast mountain ranges including the Valhallas, the Purcells, and a number of easily reachable glaciers such as Macbeth Icefields and Kokanee Glacier – both of these are favorite day-treks for locals and tourists alike, with well-marked trails. Kokanee also features a brand new lodge which is hedged by a crystal clear kettle-lake and acts as a base of operations for back-country skiers in the winter months. 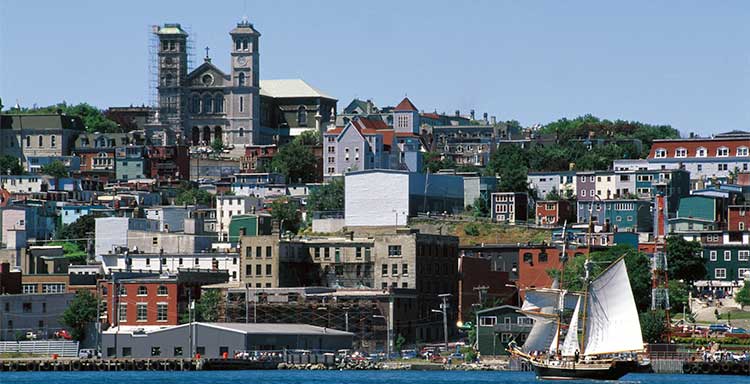 St. John’s, Newfoundland – most people probably don’t think of St. John’s as an ‘adventure town’, and at face value, it isn’t. However it is very close to a number of very famous and epic backcountry destinations, including the infamous East Coast Trail. Like the West Coast Trail on the other side of the country, this winding multi-day hike passes through a variety of landscapes along the blustery coastline. Almost 540 kilometers long, it’s definitely not for the faint of heart, but the rewards of completing the whole trail means getting to experience the Spout – a huge natural water-spout – and a decrepit suspension bridge near the ghost-town of La Manche. 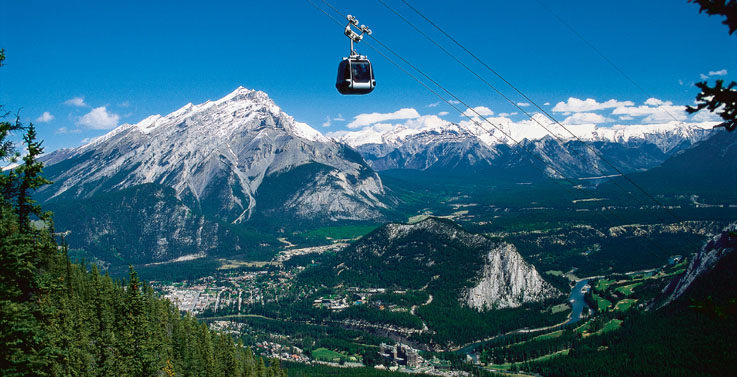 Banff, Alberta – probably the most famous adventure destination, this once-quaint mountain village both benefited and suffered in equal measure from a huge tourist boom in the 80’s. Now it is a world-wide destination, seeing hundreds of thousands of tourists every year. And for good reason: located in the beautiful Rocky Mountains, it’s still some of the most monumental and generally unspoiled wildernesses in the world. Most people only go so far as to take their picture at Lake Louise, but there are a plethora of hiking trails that wander deep into the mountains and it only takes an hour of steep climbing to leave behind 99% of the crowds.

The Sunshine Meadows hike is a relatively easy 3.6 kilometer day-hike for novices and passes through beautiful fields of alpine flowers. For the more ambitious hikers, tackling the Cascade Amphitheater is an unforgettable journey – the 15.5 kilometer hike wends through high alpine ski areas and dense forest, before opening up in the aptly titled amphitheater: a huge circular bowl lined with granite. This is also the base camp for climbers who are eager to tackle Cascade Mountain the next day, and there’s nothing quite like camping under the huge vaulted ceiling of stars, where hikers have often reported seeing the Aurora Borealis.