When it comes to the ocean, safety matters.

Whether you’re fishing or cruising near the shore, you’ll need to keep an eye out for divers in the area.

Understandably, it isn’t easy to spot divers–or even snorkelers.

Even if they’re exploring the depths near a boat, accidents can still happen.

This is why scuba divers never leave their safety gear at home.

Specifically, they bring ‘Diver Down Flags.’

There are two types of diver down flags, and each signals a specific safety precaution to boaters–and even to other divers.

So, what do these Diver Down Flags look like?

First, let’s get a closer look on what it is these flags do.

Then, we’ll point out the two flag designs to keep an eye out for. 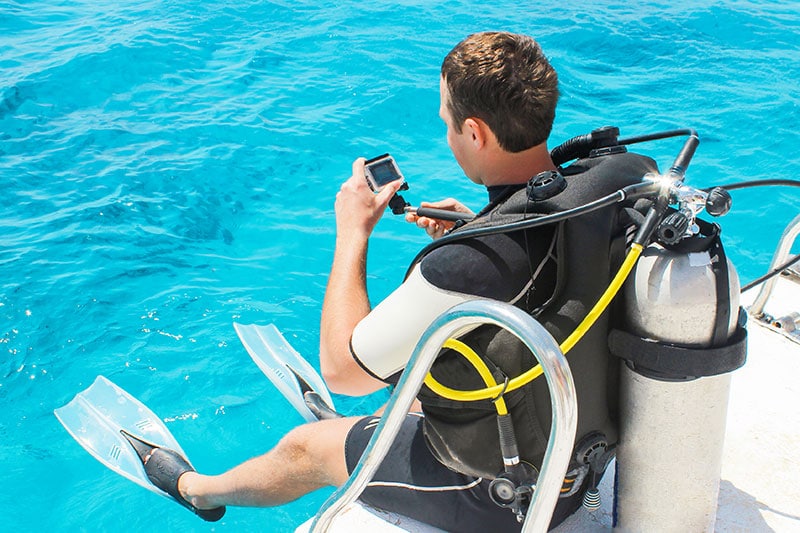 How are Diver Down Flags Used?

Because divers have plenty of places to explore, there’s plenty of danger when it comes to watercrafts.

It’s important to note that divers do follow precautions when diving, in general: They’re not likely to be diving in high-traffic areas, inlets or intercostals.

This said, even wide open ocean-space can get dangerous.

After all, divers need to descend and ascend: Even the mid-dive can get dangerous, and the beginning of every dive poses plenty of threats.

Needless to say, shallow-depth dives tend to be more dangerous than others.

A Diver Down Flag indicates that a diver is beneath the water.

More or less: It warns boaters to avoid the area.

Even though boats can be expertly operated, the ocean tends to be unpredictable.

When Should Diver Down Flags Be Used?

Divers should use Diver Down Flags whenever they dive.

It might seem rigorous, but it’s definitely worth the extra precaution.

Specifically, a Diver Down Flag should be flown from the diver’s vessel.

A buoy can also be used–and this tends to offer more safety on top of a diver, regardless.

The Three Types of Diver Down Flags

That’s right: There are actually three types of Diver Down Flags that can be used.

In general, all Diver Down Flags are either red or blue–sporting a white, diagonal stripe from the flag’s top left corner to its lower right corner.

This design may certainly seem familiar, as it’s the common color pattern for buoys.

They’re highly visible, even when the sun reflects off of the surface of the water.

Even so, one should never rely on a flag’s, or a buoy’s, hazard colors alone. 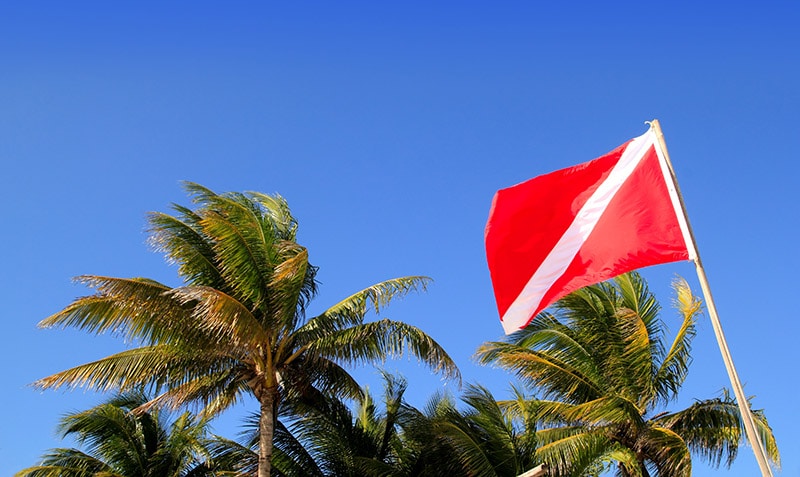 Even though ‘Diver Down Flag’ can be a general term, it’s also used to indicate the above-mentioned red-and-white flag.

Invented in 1956, the traditional Diver Down Flag is the most important diver hazard utility that underwater explorers use.

In fact, Diver Down Flags actually follow a maritime ruleset: If you’re diving in open waters, you’ll need to stay within 300 feet of your Diver Down Flag.

If you’re exploring in an inlet, a navigation channel or a river, this distance should be much closer: 100 feet.

The first type of Diver Down Flag, ironically, isn’t a flag at all.

Even so, it should be applied with the same rules. Surface Marker Buoys, or ‘SMBs,’ are used to identify the spot that a diver last entered the water.

This type of precautionary utility is actually used, primarily, for diver communications.

Because it marks a diver’s exploration point, it works great as a ‘pickup signal.’

In a lot of scenarios, SMBs are more accurate than traditional Diver Down Flags, as they tend to stay in the same location–whereas a boat flag’s location is determined by the boat’s location, itself.

We’re starting to see that ‘Diver Down Flags,’ really, is more of a term used for safety markers.

This is okay, though, because it’s important to know which safety tools should be used–and which ones aren’t cleared for usage.

When it comes to SMBs, there are a few options divers can choose from.

If you’re looking for something more portable, there are inflatable surface markers.

While some have their own ‘anchors’ in the form of weights, many of them are actually disposable.

This is because not all diving is stationary: Some diving locations are meant to be explored with the current–which means divers are supposed to go with it. 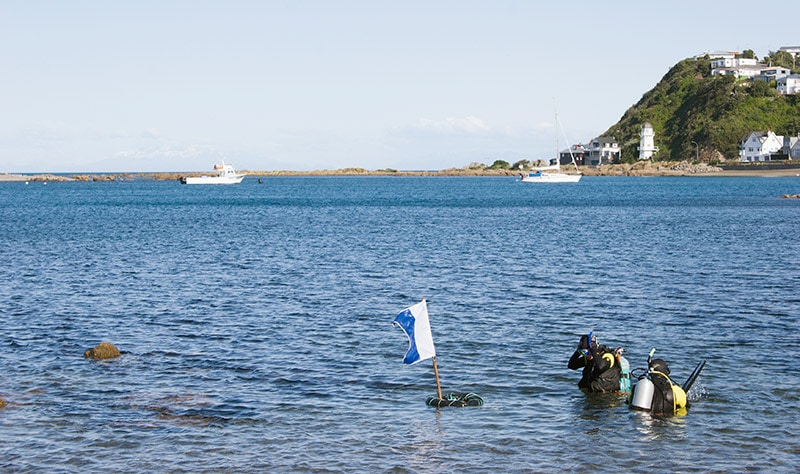 Commonly called ‘Alfa,’ for short, the International Maritime Signal Flag Alpha is one of the most-used versions of a Diver Down Flag.

It’s white on the left–and it’s blue on the right.

The right side has a triangular notch cut from the edge–making it immediately recognizable to boaters.

So, how is this flag properly used?

Hoisted at least 3.3 feet high from the diver’s vessel, this flag will let other boaters know not to approach the vessel: A diver’s vessel may indeed not have anyone onboard, making it more of a maritime obstacle, as opposed to a craft.

It’s important to make sure you’re well-acquainted with Diver Down Flag duties before you take to the ocean.

Their usage is relayed during scuba diving certification classes, but it never hurts to re-acquaint yourself with the regulations they follow.

As a rule of thumb: Your hazard flags should be at least 20 x 24 inches.

There are plenty of things to explore, out there, when diving. Even so, safety should always come first.