Stretching some 770 miles in length—from the Mexican border in the south to the Oregon border in the north—California, the third largest state in the union by area, is a recreational paradise.  Here mountain bikers will find a wide range of both scenic and challenging trails—trails that traverse the state’s many gorgeous landscapes, including pristine coastlines, rugged mountains, and lush valleys.  To help you make the most out of your California mountain biking experience, below we have highlighted five of the state’s more popular rides for you to take your mountain bike on.

Located in the Southern California city of San Juan Capistrano (SJC), in the Santa Ana Mountains just east of Interstate 5, the San Juan Trail is widely regarded as one of the best single track mountain biking paths in the state.  San Juan is a challenging trail that includes large rocks, steep descents and many exposed roots, and is thus recommended for strong riders only—riders who possess excellent technical skills (a number of professional mountain bikers use the San Juan Trail as a downhill training course).

Starting at the Blue Jay Campground in SJC, the San Juan Trail climbs a very steep set of stacked switchbacks, then levels off briefly prior to ascending a large ridge towards Sugarloaf Mountain, where riders are treated to breathtaking views of the mountain floor before making their final descent. 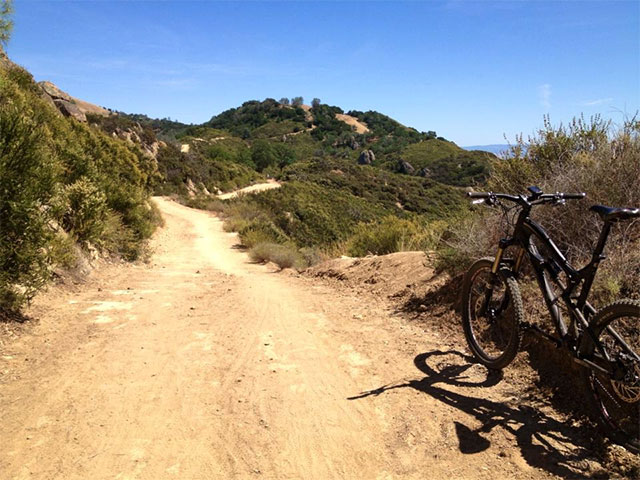 Mount Diablo, or the Wall Point Loop, is widely known as the gem of the East Bay for mountain bike enthusiasts.  With an elevation of nearly 4,000 feet above sea level, Mount Diablo is the tallest peak in California’s Bay Area, and its trail loop, which accesses the only single track in Mount Diablo State Park, is filled with some challenging climbs and enjoyable descents.  Apart from the test the Mount Diablo trail offers, riders reaching the top of the loop will also be treated to some of the most beautiful scenery in the world, consisting of the Diablo and Sonoma Valleys, the Santa Cruz Mountains and, on a clear day, the world-famous Yosemite Half Dome. 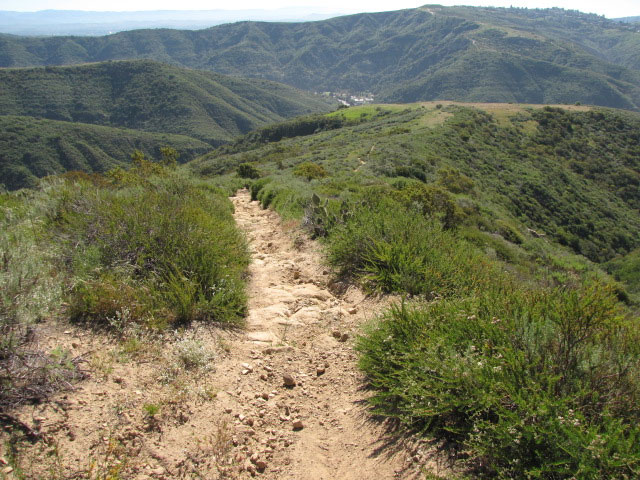 Mountain bikers seeking a firsthand look at Southern California’s stunning coastline should leap at the opportunity to ride the Cholla Loop in Aliso/Wood Canyons Regional Park.  The park, which makes up but a portion of the larger Laguna Niguel Regional Park, lies nestled between the cities of Laguna Beach and Laguna Hills; and the ride is a unique blend of urban and rural landscapes.  The western portion of the trail—part of the Laguna Beach Greenbelt—features lofty, lush ridges that have been secured as a source of open space for recreation.  This portion of the path intersects a series of challenging trails that crisscross the area high above Laguna Canyon Drive before gently descending into the park below.  In all, the parcel of land accessible by the Cholla Loop forms an adult playground of over 5,000 gorgeous acres. 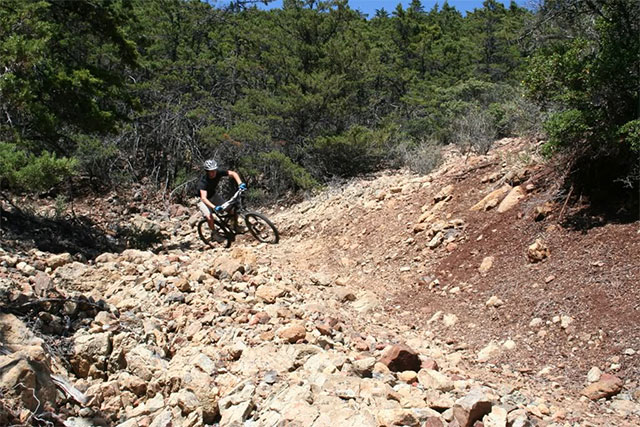 No discussion of California mountain biking would be complete without mentioning the very challenging Downieville Downhill trail in Northern California’s Sierra Buttes.  Unlike the more gentle Sierra Nevada Mountains to the north, the Sierra Buttes can only be described as enormous, jagged, rocky peaks that push 2,000 feet straight up from the forest floor.  It is here, at the peak of the Sierra Buttes, that the Downieville Downhill track begins—a trail that is just as foreboding as the topography through which it is carved.

A long-time race course, the Downieville Downhill route serves up plenty of technical challenges and has become hugely popular among the more experienced downhill crowd. The path offers an unlimited number of twists, turns, swerves and drops, as well as a one quarter-mile climb, as it winds its way down alongside several bubbling creeks and through old-growth forest before arriving in the town of Downieville.