Everything about it is scaled down, from the ball to the playing area.

How much of a workout can you really get shuffling back and forth at the end of a table?

The answer might surprise you, because it’s quite a lot actually.

Ping pong is more than just a game.

At its highest levels, it’s a demanding sport that puts both mind and body to the test.

Translation: It ain’t for wimps.

When you need some inspiration to square up to the table, these ping pong quotes will help you get into the zone, whether you’re playing at a competitive level or just really want to beat your cocky friend Lisa. 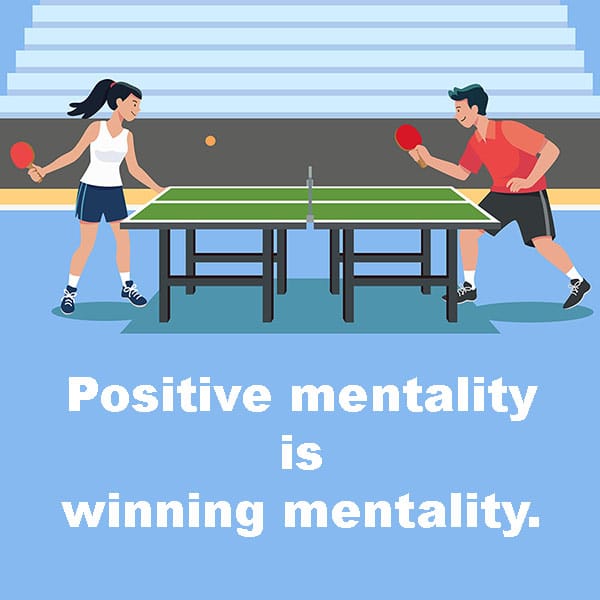 2. If you want to win in table tennis, you must hit every ball with a purpose. – Daniel Ives

3. Now that the match is finally over, I feel like I can finally laugh. – Chen Meng

4. Focus and paying full attention in a match is the difference between a champion and a person who almost became a champion. – Ma Long 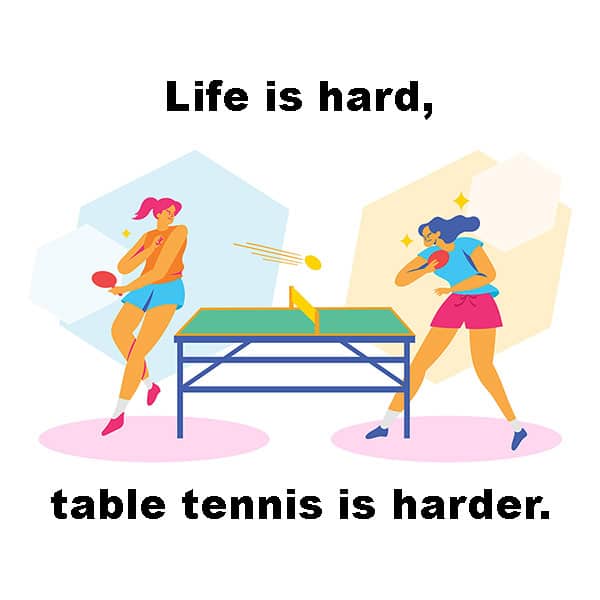 6. I don’t want to regret not giving everything. – Yu Mengyu

7. I am standing when the ball comes, that’s why I don’t have to move. I can read the game. – Jan-Ove Waldner

9. The extreme sport I play is ping pong. And we play it hard. If any of you suckers want to step up to the table, be ready. – Seth Green 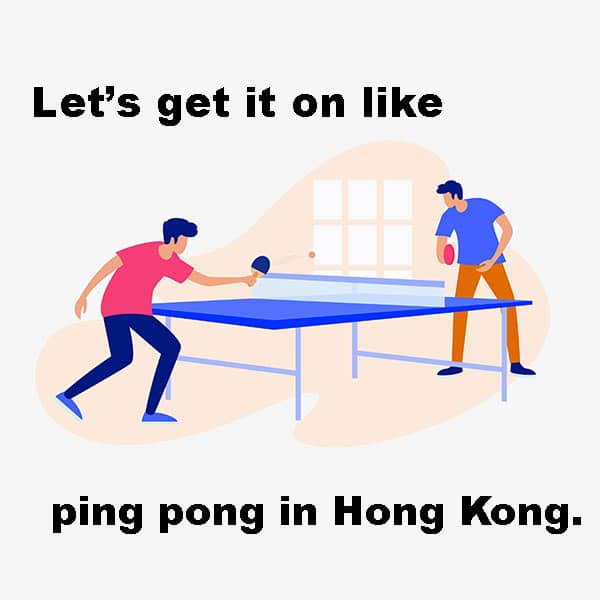 11. Shake hands with your opponent before and after playing table tennis. Sometimes when I shake hands, my opponent feels that she has lost. – Zhang Yining

12. If you can’t take a punch, you should play table tennis. – Pierre Berbizier

(Meant to be disparaging, but really… this seems like a real advantage to us.)

13. It’s the fate of most ping pong tables in home basements eventually to serve the ends of other, more desperate games. – Jonathan Franzen

14. Ping pong was invented on the dining tables of England in the 19th century, and it was called Wiff-waff! And there, I think, you have the difference between us and the rest of the world. Other nations, the French, looked at a dining table and saw an opportunity to have dinner; we looked at it and saw an opportunity to play Wiff-waff. – Boris Johnson

15. When the opponent plays the stroke that you are not good at, don’t overthink; just hit the ball back. – Li Xiaoxia

Then, of course, there was the journey of unexpected movie hero Forrest Gump through the world of ping pong that churned out several worthwhile nuggets.

17. Now the secret to this game is, no matter what happens, never ever take your eye off the ball. – Soldier

18. For some reason, ping pong came very natural to me, so I started playing it all the time. I played ping pong even when I didn’t have anyone to play ping pong with. The hospital’s people said it made me look like a duck in water, whatever that means. – Forrest

19. I played ping pong so much, I even played it in my sleep. – Forrest

20. They decided the best way for me to fight communists was to play ping pong. So I was in the Special Services, traveling around the country, cheering up all them wounded veterans and showing them how to play ping pong. I was so good that some years later the Army decided I should be on the All-American Ping Pong Team. We were the first Americans to visit the land of China in, like, a million years or something like that, and somebody said that world peace was in our hands. But all I did was play ping pong. – Forrest

21. When I was in China on the All-American Ping Pong team, I just loved playing ping-pong with my Flexolite ping pong paddle. – Forrest

And that’s all I have to say about that.