It was 2014, I was travelling through SE ASIA and I had met a bunch of Argentinians who lured me with their mate and good looks to travel with them through Cambodia.

One night I notice one of them rigging a complicated hammock system in the rafters of our room (we were trying to fit 11 people in 1 room), I asked where he learnt how to do the knots and climb the rafters seemingly effortlessly.

He started to tell me about rock climbing, I followed him to a nearby crag days later and was hooked instantly. I learnt a lot of things about climbing the hard way, through many mistakes.

Based on liability waivers, it’s estimated that between 1,000 and 1,500 people are trying climbing for the first time—every single day—in the U.S. alone (source)

While most of climbing can only be learned by actually getting out there and doing it, there is some advice I’d like to bestow upon you.

Some of it’s for the safety of yourself and anyone else around you. Other parts of the advice will just ensure that your path to beginning climbing takes you to meeting the right people and being a part of the what I call the best sporting community on the planet.

Page Contents show
Understanding Climbers
But How Do I Get Started Climbing?
STEP 1 – TRY BEFORE YOU BUY
INDOOR GYMS
OUTDOORS
STEP 2 – GET THE BASICS
STEP 3 – BREATHE, SMILE AND WAVE

Why are these people that are broke, hungry and standing on the side of the road hitching to crags seemingly not phased by the hardships of life? Are they just following in the footsteps of Fred Beckey in hope of 5-minute fame too?

Understanding climbing and the religion surrounding it is imperative to you becoming a good climber. Because it’s not only perfecting climbing techniques and being strong that makes you a good climber. You need to understand proper climbing etiquette, learn to be humble, and know your limits.

I know a few climbers who could climb a vertical pole covered in oil but the thing is they never have a climbing partner because they aren’t good to climb with. Let me explain.

Climbing Etiquette (Mainly for the outdoors)

But How Do I Get Started Climbing?

STEP 1 – TRY BEFORE YOU BUY

The smart way to get into climbing is to first try it and see if it’s for you. If you hate it after the first climb but you’ve just spent a few hundred dollars on gear, you’ll probably feel like a twat right?

Another aspect to consider is what type of climbing is for you. Try them all, you’ll quickly figure out where your passion lies. The following are suitable for beginner climbers.

While there are many more types of climbing such as lead climbing, trad, high-ball bouldering, free solo…As a beginner you won’t be starting off with these. They require more knowledge and experience.

Going to indoor gyms is not only a safe way to first try climbing, it’s also cheap. You can rent your gear, you can even rent your belayer (the person who makes sure you don’t fall to the ground) in some cases. Even though climbing indoors and outdoors is somewhat different, the basics of belaying and initial climbing technique are the same.

Being indoors means there are staff to coach you, other climbers who often are seasoned veterans to encourage you and it’s a controlled environment so it’s not as daunting as a big cliff face.

Another option is to join a guided group outdoors. There are multitudes of camps running introduction to climbing courses, though it’s noticeably more expensive than a few trips to an indoor gym. If you are thrillseeker and need to feel real rock under your fingers, climbing stores and most indoor gyms will be able to point you in the right direction.

If you are feeling particularly keen, search for climbing Facebook groups in your area. Offer up a trade for someone to take you climbing. Perhaps you know how to massage? Or you can pay petrol and food? There are many climbers who love introducing new people into the sport as much as they love climbing in itself.

Take a moment to introduce yourself and a bit about who you are though. Most climbers (not climbing instructors) won’t take a newbie out on rock they don’t know if they think there is a chance they are too full of themselves or gung-ho, it’s dangerous for everyone involved. 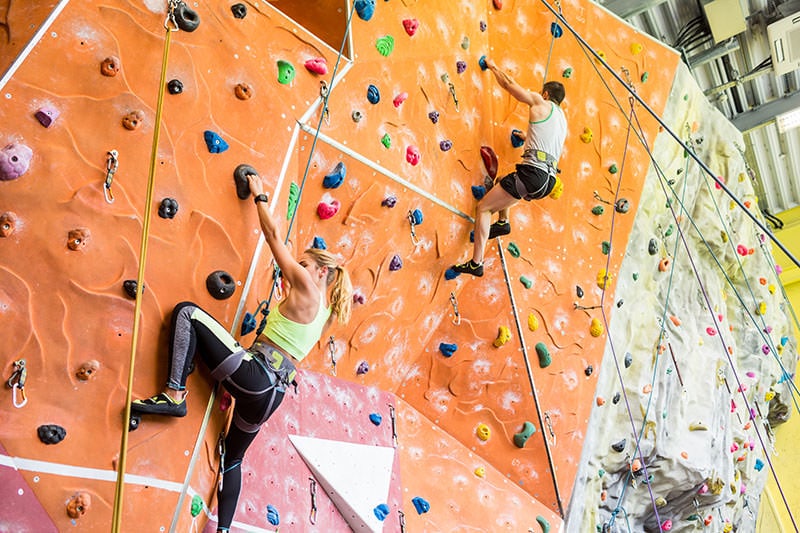 So you’ve decided, yes, climbing is definitely for me.

If you have been fortuitous enough to successfully grow money on a tree, then go! Go buy all the gear you’ll ever need and be everyone’s best friend because you have it all!

Unfortunately for most of us we don’t have such luxuries and need to kit ourselves out with gear as we need it.

To get started you’ll only need the basics

There’s two options to get kitted:

Once you have the basics you’ll be ready for anything! You’ll also find yourself more motivated to go climbing!! 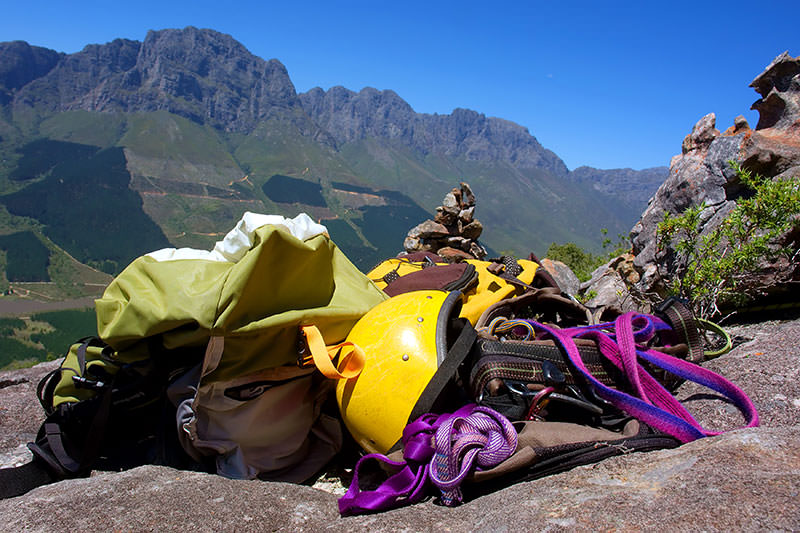 At the end of the day climbing can be dangerous. At the same time so is driving a car. We do things in order to eliminate danger whilst driving like wearing a seatbelt and installing airbags. The same goes with climbing.

Always check in with your fellow climber what level they’re at, how they are feeling that day and try build a continuous motion of support.

Follow safety instructions even if they seem excessive at first.

Climbers are the most humble, accepting and encouraging people in sport that I’ve ever met. I have given nearly everything a go and climbers for me are the epitome of what all sportsmanship should look like. Contribute to the nature of these climbers and you’ll not only find a sport but a community that can change your life.

It takes most climbers years to shake the self doubt that haunts us before a climb, but it’s why climbing is so addictive. Every time you finish a climb it’s like you get the satisfaction of finishing the argument with your own fear with a big fat “ I PROVED YOU WRONG!! “.

I can honestly say there is not a better feeling in the world than sitting back and looking at a climb after you’ve finished it, feeling the full weight of what you’ve just done. You may have been clipped in and on ropes but you climbed that wall, something that without rope would seem IMPOSSIBLE, but you did it, you did the impossible.

Heya! I'm Sarah or many call me Sacky! Some years ago a solo 3 month trip through Asia changed me forever. It stirred the adventurer in me and gave me the confidence to try new things. The desire to accomplish these new tasks became addictive and thus a slight attention deficit approach to participating in outdoor sports was born. A problem arose when I realised that my lifestyle couldn't incorporate the normal 9-5 so I became a freelance writer! So here I am somewhere between random library desks, mountains and the surf soaking up this opportunity!