Curling often feels like everyone’s favorite sport to hate on.

Seriously, people have said some truly unkind things about the game you don’t see about other sports.

There’s a Lewis Black curling quote just vulgar enough we had to leave it off our list, and plenty of athletes have taken digs at curling, especially as an Olympic sport.

But curling has its devotees and its champions too.

The players who love the game and some high-profile fans who know it’s harder than it looks.

These quotes capture the essence of curling from both inside and outside of the sport, from the lovers to the haters with very little in between.

Most of these curling quotes come direct from famous curlers or coaches.

2. There is never a right or wrong in curling. There always [are] choices. Making the right choice also is executing it the right way. It’s not only the decision but it’s execution… You focus on the small things, the little details, then big things might happen. You cannot create the big things to happen. You need to focus on the details. – Eva Lund

3. We’ve had lots of e-mails, some wishing us luck, others offering marriage proposals and quite a few asking how to get into curling and where their nearest club is. – Shawn Rojeski (after the Olympics)

4. I like that, the teamwork. You team together, you help each other, you never feel alone on the ice. – Wang Bingyu

7. Sweeping is where all the depth in the game comes from. – Colin Hufman

8. My grandpa used to tell me that “Anyone can beat anyone on any given day on any sheet of ice”. – Jill Officer

9. The strategy is the tough part – it’s seeing things three shots ahead. – Jared Allen (ex-NFL football player who took up curling after retirement)

11. We played football, but it’s a lot of muscles we didn’t use. – Marc Bulger (ex-NFL football player who took up curling after retirement)

12. As you kind of approach the end of your career, just to be remembered for doing something that you love is pretty remarkable. – Jennifer Jones

And now for the haters. 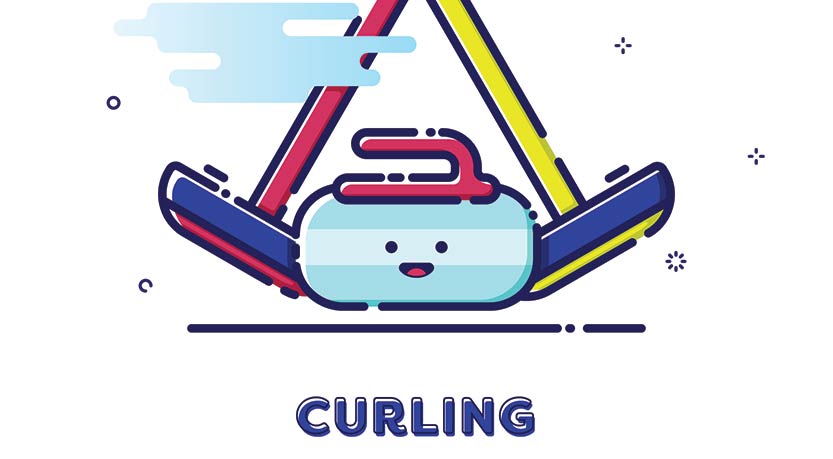 14. I don’t know if there’s any sport that’s stupid, but I really don’t understand curling. I guess I’m just not into brooms on ice. – Julie Foudy

16. I kind of feel like curling combines this weird vision of people sliding down a lane, and it looks like it combines bowling and every bar game I’ve ever played. But I still don’t understand what the hell it is. – Joe Buck

17. Curling is not a sport. I called my grandmother and told her she could win a gold medal because they have dusting in the Olympics now. – Charles Barkley

Want more yuks with your curling content? Check out our Curling Puns.

Just getting started with curling? Check out our beginners guide – Getting Started With Curling.