If you’ve shopped for a mountain bike helmet recently you might have noticed a little yellow sticker on either the box or the helmet that said “MIPS.”

Just about every major helmet manufacturer is offering helmets with MIPS these days, and it’s popping up in more and more applications outside of mountain biking as well.

But, just from the info provided on the box, it can be hard to understand what MIPS is, and why it could be useful to include in a helmet.

So we’ve broken down what MIPS is, what it does, and how you should prioritize it as you’re shopping for a new helmet.

Page Contents show
What is MIPS?
How does MIPS work?
MIPS by any other name
Does my new bike helmet need to have MIPS?

This is a key difference, a Multiple Impact Protection System would mean your helmet is designed to still protect you after a crash, and would continue to protect you as you hit your head multiple times.

That’s not what MIPS does, and if you crash in a MIPS helmet, you need to replace it like you would any other helmet. 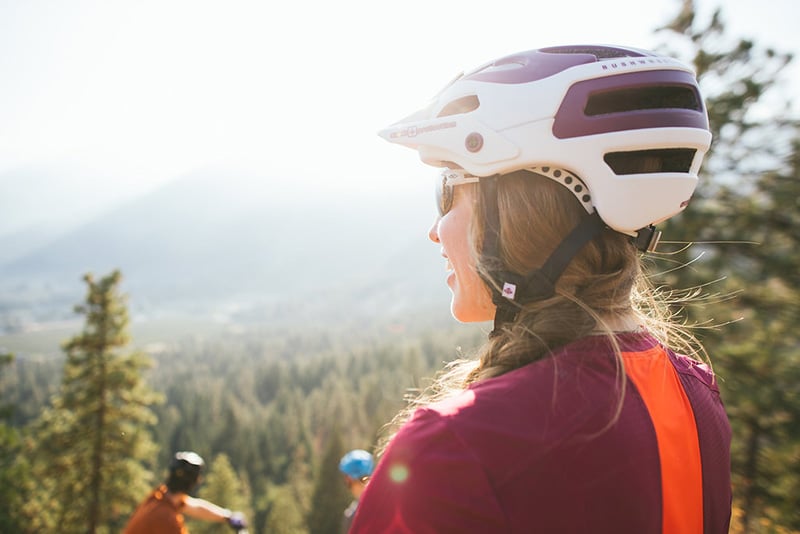 MIPS is also not a helmet brand. Instead it’s a technology that’s licensed to over 200 different helmet brands.

So it’s available in just about any style helmet.

Instead, what that Multi-directional Impact Protection System does is help the helmet do a better job of protecting you from a wider variety of impacts, especially those that come at an angle to the direction the helmet (and your head) is traveling.

Basically, in the past, helmets were designed and tested to withstand direct impacts.

Think “rider hitting the top of their head straight into a tree.”

But the majority of mountain bike crashes aren’t that simple.

Instead there are a variety of random angles involved as the rider bounces into the ground or an obstacle with an oblique motion instead of a direct hit.

And traditional helmets don’t do a great job absorbing those real world forces.

So MIPS addresses that issue by allowing the helmet to move and rotate to absorb the force hitting it, without wrenching your neck and spine as it does so.

Basically MIPS allows the helmet to float on your head, instead of being locked on.

This allows it to do a better job of absorbing the sort of crashes that happen in the real world, instead of just passing lab tests.

In practice MIPS is a slip plane, a low friction layer within the helmet that allows two sections of the helmet to twist and rotate independently of each other.

How does MIPS work?

MIPS can be integrated into a helmet in a few different ways, it can simply be a liner, suspended inside a normal helmet, or it can be molded into the helmet between layers of foam and plastic.

Either way, it does the same thing, allowing the shell of the helmet to float and absorb impact without sending those twisting forces down your spine.

MIPS isn’t removable, if you buy a MIPS helmet you’ll need to leave the MIPS layer in there, but it also isn’t very noticeable in day to day use.

It can be integrated seamlessly into any traditional helmet design without affecting fit or venting. 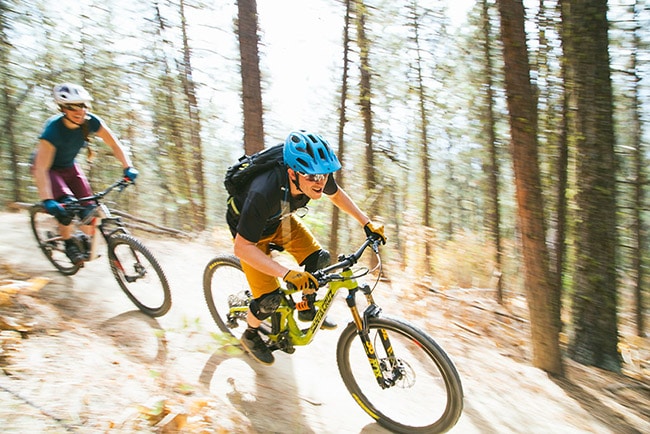 MIPS by any other name

Because MIPS is a licensed technology, not all brands use it.

And some have developed their own alternatives with names like “Spin”.

These set out to accomplish the same goal as MIPS, of making helmets safer, but do so in slightly different ways.

At this point, scientific testing hasn’t been conclusive as to whether MIPS is significantly safer than these “off-brand” alternatives, so as long as your helmet has some sort of layer to help dissipate rotational impacts, you’re better off than you would be in a helmet without it.

Does my new bike helmet need to have MIPS?

So all that info is all well and good, but how should it affect your purchasing decisions?

At the base level, the majority of new mountain bike helmets will come with MIPS.

Most helmet brands are licensing MIPS, so if you’re buying a new helmet, it will probably have MIPS in it.

Like all bike gear, more technology does mean more money – MIPS adds a small amount to the base price of any bike helmet, but because it’s been adopted by so much of the market, it’s negligible.

For the end consumer, there’s no downside to having MIPS in your helmet.

It won’t affect comfort and performance.

So look for a helmet that fits and feels good, and it will probably already have MIPS in it.

For most of us, MIPS falls into the category of “won’t hurt, might help.”

It won’t make your riding experience any worse, and it offers an extra layer of protection in a crash.

Virginia Tech does some of the best bike helmet safety testing in the world, and MIPS equipped helmets consistently score high in their rankings.

So don’t be put off by that little yellow sticker, it just signifies that the helmet has extra safety technology that’s quickly becoming standard issue across the whole spectrum of outdoor sports.