Want to be punny while you throw your punches?

We’re throwing our hats in the ring with some paw-sitively awesome puns a-bout boxing.

We had to cut some weight and make some hard decisions, but these are the ones that really hooked us and made the cut-Man.

Pound-for pound, we think these boxing puns are the best.

So, take a dive in and try not to feint. 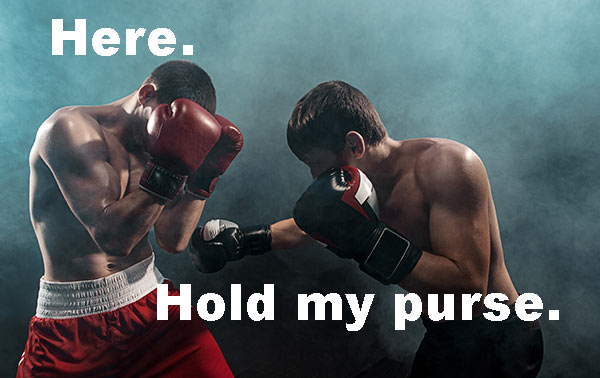 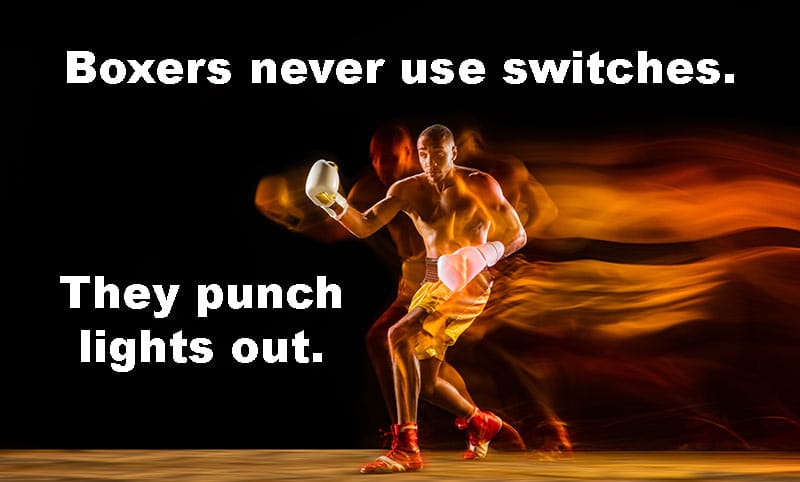 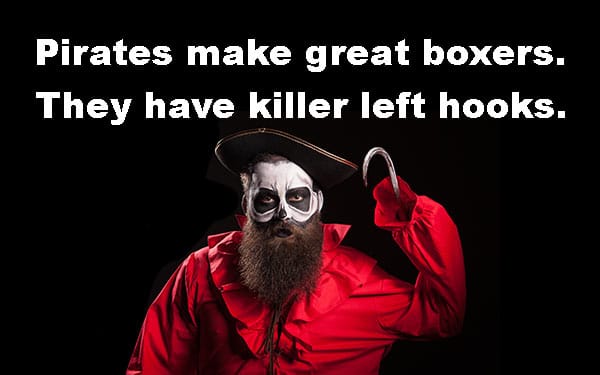 Last, but not least, all of these boxing jokes feature punny punchlines.

Q: Why were the boxing matches between the professional boxers and prisoners postponed?

A: They were still weighing the pros and cons.

Q: What do you call a matchstick that works in shipping?

A: A boxing match.

Q: Did you know pillbugs love throwing punches at each other?

A: They pill box.

Q: What do you call a bunch of boxers dancing the conga?

Q: What do you call it when an apple jabs an orange?

A: A fruit punch.

Q: What’s the best part of a boxing joke?

A: Its punch line.

Q: What did the boxer name his salon?

A: The Bob and Weave.

Q: What do you call a boxer who gets knocked out?

Q: Why did the boxer lose her job?

A: She never punched out.

Q: What do you call a boxer after a long bout?

Q: Why did the woman put her guard up around the dog?

A: She heard it was a boxer.

Q: What did one boxer say when another boxer kept bragging about all his knockouts?

Q: Did you hear about the Saturday fight that had to be postponed until Wednesday?

A: The champ knocked his opponent into the middle of next week.

Q: Did you recognize the timekeeper at the boxing match?

A: Me neither, but he really rings a bell.

Q: Why do the British punch everyone on December 26th?

Q: How do you make fruit punch?

A: Give it boxing lessons.

A: They try to destroy the ring.

Q: What do you call it when boxers train on a farm?

Q: What weight class are metal workers in?

Well, did we floor you with these puns or should we break?

Don’t pull your punches or spar our feelings. We can take it on the chin.

We’re not trying to make accidental butts of ourselves. Let’s hug it out.

Ah, saved by the bell.

Just getting started with boxing? Check out Getting Started with Fitness Boxing.

Need some inspiration before you head to the boxing gym? Check out Boxing Quotes for Inspiration.