Embarking on a camp trip as a family can be an exhilarating experience. There are numerous activities to participate in as you venture into the great outdoors.

If teenagers are along for the ride, your ideas and innovation skills are about to be launched into motion. If you’re a camping enthusiast and know your way around the environment where you set up your tent, it makes the fun that much more desirable.

The key to everyone having a great time is to INCLUDE everyone in the games. Granted, you want the teenagers to be the sole beneficiaries of your lightbulb moments, which is why we’re targeting the teen population for the following activities.

Bear in mind that all can participate, and oftentimes it brings the childlike heart to front and center when there’s laughter and energy infused into the thrill. It also helps that no phones or screens of any kind are to be used in the activities. They’re in nature and nature loves a good discovery.

A tried and true game where adventuring takes on a whole new meaning. Something about finding the perfect spot to hide in Mother Nature also gives both hider and seeker an opportunity to explore.

Plan for a reward once the person hiding is found. Is there a bona fide pact that can be agreed upon prior to the game beginning?

Let’s say, you come up with a plan for the teen hiding that they have to clean the dishes following the camp dinners. Furthermore, the teen doing the seeking and finding gets to wipe out the chore altogether once they find the person hiding.

In other words, they’re both off the hook if they’re successful in finding the person they’re searching for, make sense? It gives the teens more motivation to hide in obscure places and even more motivation for the teen searching to go out of their way to find the hidden person figures.

There can be oodles of laughter when they’re found because who wants to do dishes after a long day of having a great time?

2. Have a Ouija Board Session

Similar to a seance and inviting in mystical and magical creatures, a ouija board conjures up notions of mystery when the questions are asked. It’s one of those games that the entire family can play, yet teens find it appealing due to the old-school feel of it.

Remember when levitation was a thing for camping activities? Ouija boards are still in fashion and once everyone takes their turns to ask questions, close their eyes, and see where their hands lightly fall to the answers on the board, it makes for lots of ooh’s and ahh’s.

Teens especially love ouija board sessions because it’s new to them, different than virtual online games, and creates imagination and curiosity.

Surely, there’s an old rag or some other sturdy piece of fabric or strap that can be tied around the ankles of two teens standing side by side. How it works is to bond the inner legs of two teenagers while standing, having their outer legs free and wild.

Set up a fairly lengthy straightaway course where they have to run to the finish line while their two of their legs are secured together. It’s a blast!

What eventually happens, besides lots of laughter, is coordination is impaired and both people have to communicate how they’re going to get to the end of the race while running with only one free leg. Sometimes, they fall down.

Sometimes, they get off course. Most times, they are laughing so hard, they’re crying. It’s one of those game that is a must for camp outings. 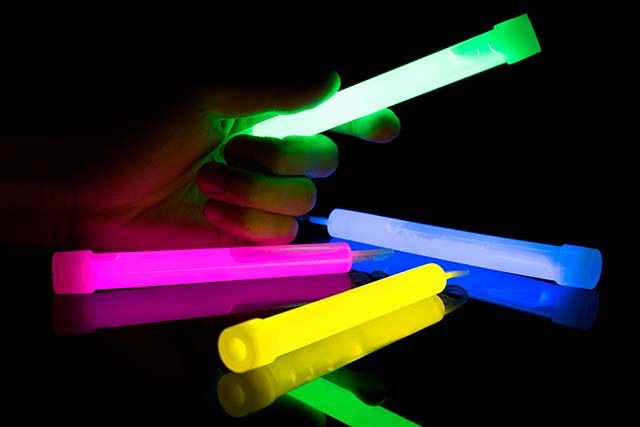 Here’s a novel idea that is simple and not dangerous and allows for improvisation. Before the trip begins, purchase several glow sticks from your favorite box chain store and invent some crazy game where each teen holding a glow stick has to draw their favorite animal using the light source. \

One by one, everyone has to guess who they’re outlining in the air with the light, and it becomes a charade. Have a timer on hand, either a watch or some other timing mechanism, that each participant has to abide by before they can finish.

Everyone shouts out their guesses, everyone has a chance to play, and it becomes like an artist session as to what each camper draws into the sky.

Everyone loves a good story. Gather the family, specifically the teens, around the campfire and have each one go around in the circle and tell their favorite childhood memory.

It’s such a wonderful bonding experience for the parents to hear how their children feel about certain events in their lives. Each person gets about five minutes to share a story.

It could even be a made up story. The point is to activate the imagination and memory center of the brain.

This could be a scavenger hunt for rocks, either large or small, that resemble a heart-shape. Oftentimes, beach combers and shell hunters find intricate rocks that are in the shape of a heart.

It’s truly inspiring to return to camp with significant discoveries that can bring about more stories. 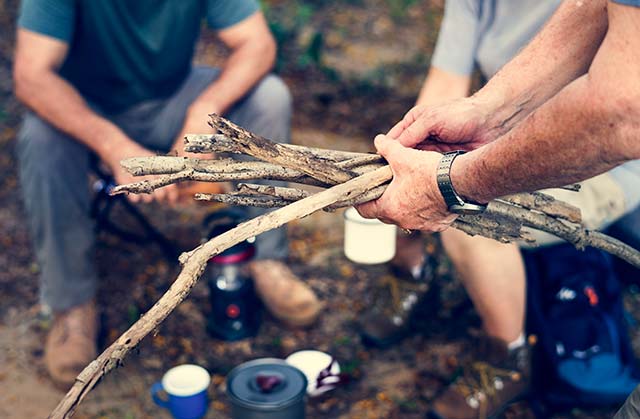 Another form of an exploration in the woods. Every person has to spread out for an hour and locate sticks, large or small, that they can carry back to camp and create stick figures with them, whether in the dirt, in their tents, around the campfire, or wherever.

The goal is to use their imagination and see what they come up with and in what form.

A craft whereby each teen hunts for flat rocks or rocks with surfaces that are somewhat smooth, brings them back to camp, and paints images on the rocks.

They can take as long as they need to make a work of art, and once completed, all the artistry creations are displayed on the picnic table (or wherever camp is set up) and the parents or camp counselors get to judge which one is best.

The winner receives the chance to be “leader of adventures” for a day.

There are typical after dinner treats when camping. S’mores are common. Regular roasting of marshmallows are also common. 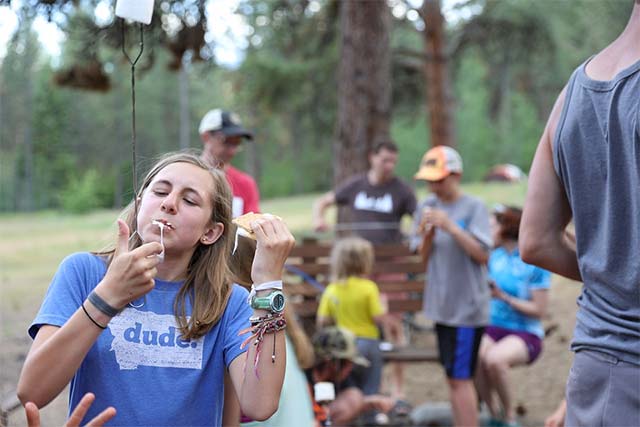 But how about encouraging the teenagers to concoct different desserts with simple foods? They’ll need to plan in advance so the parents can buy the right ingredients, but if they give a list of what they need, the recipes are up to them.

They’ll also have to remember each dessert (if cooked) can be done over a campfire or camp stove.

A chance to show their muscles in competition. Every boy or girl enjoys outdoing each other when it comes to strength.

Give them a reason to stay active and energetic. The winner gets a special treat!

Similar to charades, only the theme is limited to movies.

Each person acts out their favorite movie, using no tools, only their bodies and their words.

Another fun duo activity that includes one person holding the other person’s legs as they ‘run’ across a field or grassy area.

There’s one person walking on their hands while the other holds their ankles. It’s a cool game of skill and strength and lots of laughs.

Bring along a deck of cards on the camp trip. Play spades, hearts, gin rummy, poker, spoons, and whatever card game any of the teens choose to dream up.

You can also bring along some fun board games for everyone to play together. 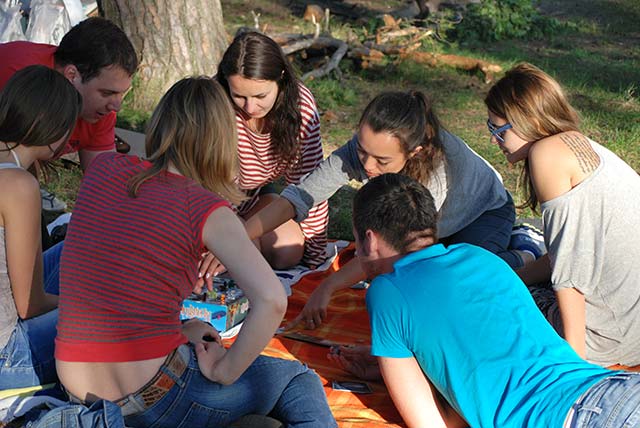 An oldie but a goodie. Twister uses a large plastic tarp with several colored circles already etched into the tarp.

Spread the Twister “board” out onto an area that’s less rocky, and watch everyone get all tangled up when the questions are answered based on the color scheme.

It’s typically a team versus team game, but super fun for everyone playing.

Since you’re bringing along paint for the rock game and crafts, why not include a game of face painting? Every participant has a chance to create their favorite goofy (and artistic!) character they most enjoy.

It could be similar to an extended Halloween-type of theme. Face painting always gives the teens an opportunity to get creative and enjoy the process.

They have to wear the paint all day, too! Keeps the dinner conversation happy.

Now that you have 15 activities for camp trips, it’s time to gather everyone up, coordinate schedules, plan accordingly, and let the rest flow.

Mother Nature appreciates her resources being used for quality intentions and a good belly laugh around the campfire. Have fun!